Weekend in Durham, so out on the bike today heading up towards Consett and the hills. Felt a bit ropey out of the blocks but after clearing the lungs on the ride up to Sacriston, seemed to find a comfortable pace. Plenty of climbing, and a still, but chilly Sunday afternoon ride.

Back in Durham we’ve had a weekend full of Cyclocross. Yesterday was the CXNE Round 9 & University Champs and I was back in time today for the final races of the 3rd round of the British Cycling National Trophy. Inspiring Racing…

Time to catch up with some friends this weekend, so the family headed over in the car and I set off a couple of hour before them on the bike. One way trip cross country heading East over the hills and then dropping down into Manchester. Leaving Formby, the IF express called at Ormskirk, Parbold, Rivington, Bolton, Radcliffe, Prestbury, Manchester, Stockport and ended its journey in Marple.

62 miles 3,000ft climbing. Several spokes came loose in the rear wheel to the extent that it wouldn’t go through the brakes even with the callipers in open position without rubbing. Then on looking at my stats on Strava it turned out that the cadence magnet had fallen off my left hand crank on the previous ride… 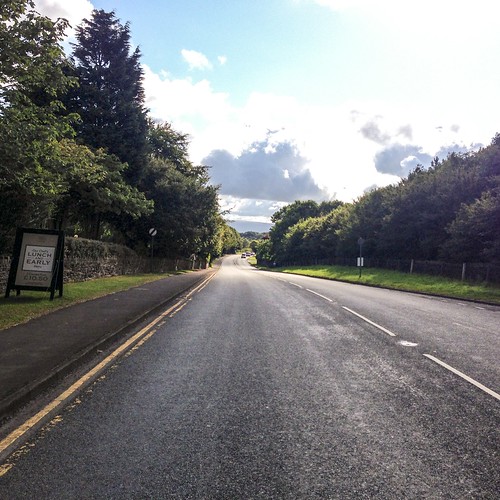 Cracking weather too, not to hot cloudy with sunny spells and only a breath of wind. I’d forgotten how bad the road surfaces in Manchester and Stockport are though. Loads of pot holes. 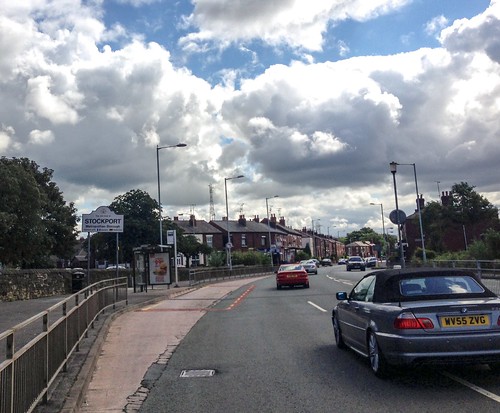 I really like point to point rides, but ending up miles from home at the end of the ride is generally not a good outcome. Consequently most of my P2P rides have been on supported trips like the Chamonix to Zermatt or have involved riding self supported with all my own kit like the Trans Cambrian Trail. Having the option of a lift home in the car is a new variation on me. It is however the option that let me ride up to Bury, crossing for the first time in my life Rivington on a bike. The rider names from the Commonwealth Games road race in 2002 are still painted on the road over to Belmont. 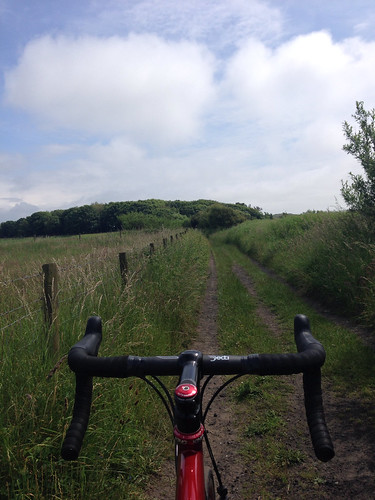 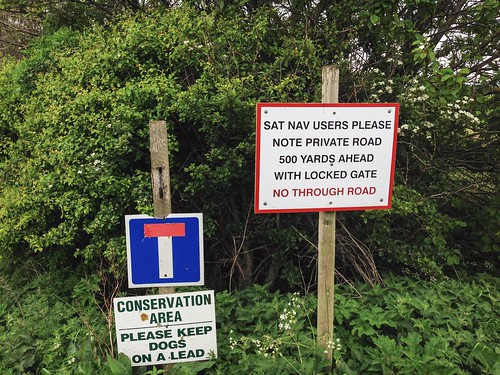 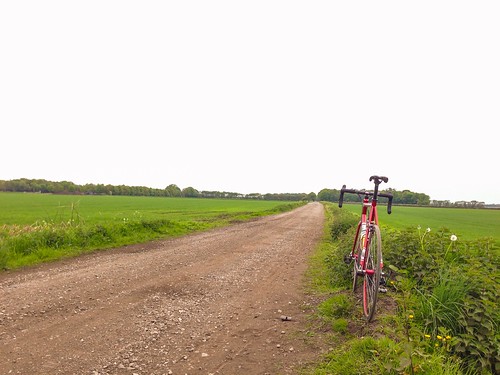 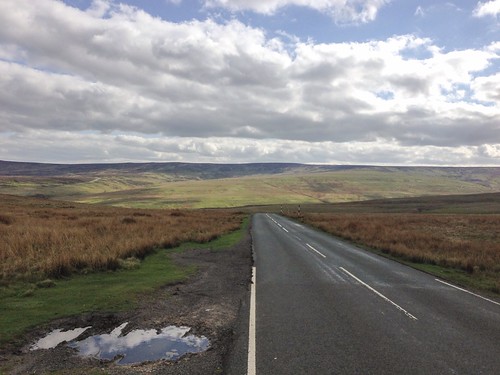 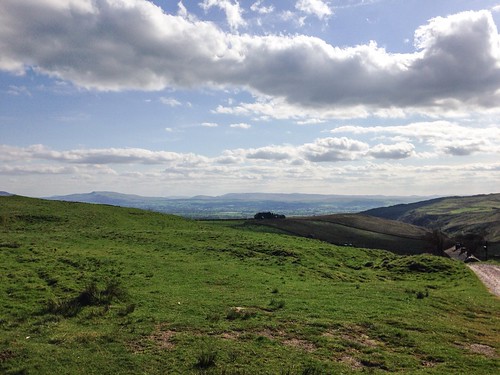 Taking a couple of days off at the tail end of the week was an opportunity to explore the area further. This time it was west again out of the city, but rather than an immediate uphill slog it started with a steady ride through the Deerness Valley out to Esh Winning. Winning was a word used to describe striking a coal seam, but the last open cast mines closed here in the 1990s and the landscape has been restored.

From the Herat of the village the road to Cornsay was taken but rather than riding into this colliery settlement, I turned south and began the ascent to Hedley Hill and across the moor. To the west a cracking rainbow lit the valley, it’s rare to see a full one, but the solid headwind and threat of rain encouraged me to press on.

At Tow Law it was time to head for home and wind a mega tailwind it was big ring time all the way. The road to Stanley Crook where I’d stayed in my first week gave some more great views and showed surface mining for coal still in action.

The rest of the ride was on roads I’d driven before, but never in daylight and it’s transformative to see the County in sunshine. Not a bad place to be…

Day two of riding. West of Durham is up hill though the west Durham Colafields towards the North Pennines. Today it was about doing some climbing and the sun was out. I hadn’t expected uphill into a headwind, but that’s what I had.

From the higher elevations there are some good views to be had, this is looking north west above Langley Moor.

Lanchester nothing like Manchester, it’s a small, attractive village nestled in the hills. There’s a 1:5 ascent up Peth Bank to wake you up.

Burnhope. Pity Me. Killerby. There are some uplifting names for villages. Another 20 or so miles in the bag…

From the first ascent I knew I had lost it all. Any hope of having retained any bike-related fitness evaporated from my pores and in the steam from my gasping lungs. This is what it’s like to be starting again from scratch, legs burning, feet feeling like lead, awkward on the bike. Walking, even up and down cardiac hill on a regular basis, doesn’t prepare your body for the task of fighting a road bike (even a featherweight one) against gravity.

It seemed to make perfect sense, choose the road bike. Everything else into storage. The rationale being that skinny wheels were best for covering distance and exploring a new landscape and the villages and towns within it. Over the last six weeks I’ve often thought that the ‘cross bike would have been the better choice, particularly due to the seemingly vast network of disused railway lines, but I keep reminding myself that just means more mess. And so as I once again drop off the big ring to crawl up another incline, I confirm my decision. There was no other option.

The offers are coming in. Once you get settled lets go mountain biking at Hamsterley. Kielder. Into the Dales. I’m missing sliding around corners and bouncing down trails, but today is about grinding out the miles and noting mentally which former pit villages are to be avoided. By and hour and half in my legs give up. The rest is still willing, but ten miles from home and increasingly cold and wet, my legs have hoisted the white flag and are begging for me to stop.

Meanwhile my feet have picked up on the fact that the thick merino socks I was sure I’d packed are absent and that actually race socks and shoes don’t offer suitable protection from the elements. Later they burn and tingle as they get circulation moving back through them under a hot shower. The return to Durham requires use of Google Maps to avoid ending up on dual carriageways and occasionally my legs forget that they’re destroyed and I stomp on the pedals and progress nicely (this is usually downhill) and as I eventually find my way back to my digs there is a strange and somewhat forgotten sense of achievement. Maybe I am still a rider after all.