Last December I went to California. I rode for the first time in the USA. I had a good chat with the folks at Mike’s Bikes in Sausalito as I was passing by (new Specialized road lid and some gloves picked up) and took a good look at the Santa Cruz line up.

Having some saddle time on a 29er led to the Chameleon and after clocking up 600km on that I’ve been loving the dynamics and fit. To the point that riding the Genius just felt cramped and after my last outing over the reshaped trails of Llandegla I was decided. New bike time.

Start Fitness in Newcastle provided the goods. Standard prep and upgrades commenced. Rockstop inserts this time rather than Procore, refurbed the XT Trail pedals, swapped the 36s and Transfer post over and invisiframe wrapped the whole thing (that took about 5 hours but looks great). Ready to roll… 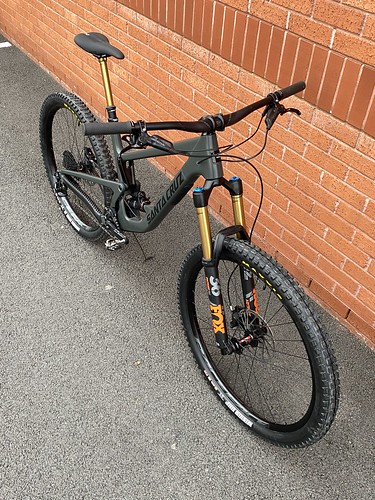