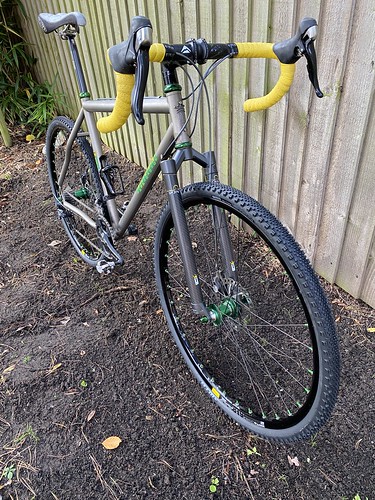 So a few years ago I had the genius idea of getting a 26″ mountain bike frame and turning it into a cross bike. My mate Jam was selling one of his fleet and in short order I had another beautiful Ti Deluxe frameset and a set of wheels. The silky Chris King hubs were relaced onto 700c/29er rims ready to run tubeless and er, I needed a load of other bits.

So I found a nearly new Cross Bike for sale in the North East and one lunch time nipped out to pick it up. It donated the initial kit for the build, with the exception of the chainset, headset and forks which came in from elsewhere. Standard upgrading bits over time followed as they wore out or broke. 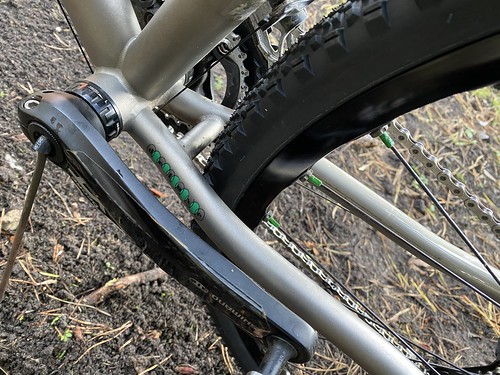 This year it was time for new tyres so I upped to 40mm ones which just about fit and went tubeless. That was well worth it because the ride quality is much better and the new tyres are pretty much perfect for local riding.

Along with a new rear mech (which was scarified to fit one of the boys’ bikes), I also had to replace the big ring which was an experience as the Stronglight one that I found although claimed to be compatible, didn’t without considerable time with the file to make it fit to the crank spider properly.

The trusty seat post and saddle have transferred over having done many miles and have transformed the ride making the bike far more comfortable for longer rides. 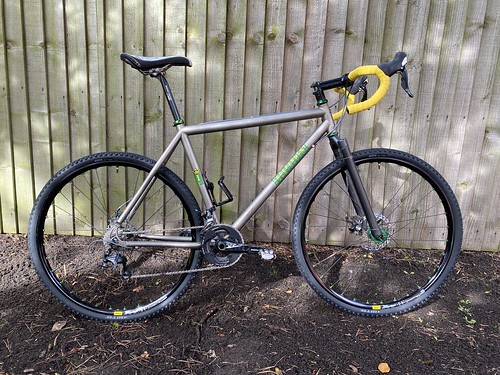 So it’s a bit of a misfit bike. Not a mountain bike in the true sense, nor a genuine cross bike or gravel bike either. I will say 26 ain’t dead as all the good ones have all become 29ers like this.