So a nice end to the year with the chance to spend some time in Silicon Valley and San Francisco. I’ve been to the USA several time in the past but have never ridden a bike there. I decided that a free weekend in San Francisco was an opportunity too good to pass up – time to go biking.

First challenge, hiring a bike. So turns out that there are lots of bike hire businesses in San Francisco. Fewer with decent mountain bikes and fewer still with full suspension bikes. Chose Blazing Saddles in the end and although I went in wanting something bouncy I rode out on a Marin Nail Trail 29er 1×11 hardtail. 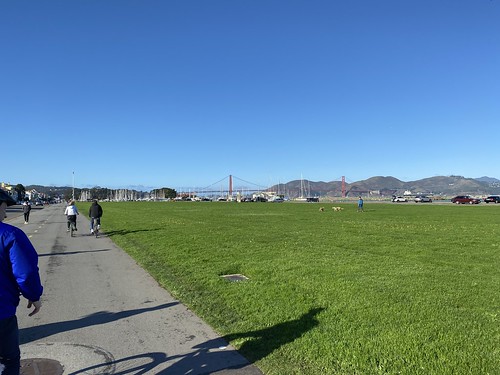 Biking to the bridge is flat mostly with a bit of up here and there and then a cilmb up to the bridge. Dodge the walkers, runners, Segways, slower bikers and zip across the bridge on the bike lane side. Very organised. Lots of people on expensive road bikes wearing Rapha. Kept up with some of them on flat pedals in baggy shorts – received some funny looks. Turns out fittish person on normal bike is faster than less fit people on electric bikes. 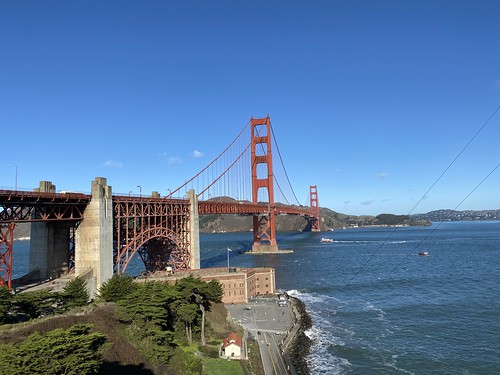 Over the bridge I had a ungraceful dismount stopping to take some layers off ripping the skin off my knuckles on some badly setup brake levers. Dripping blood I took a left climbing up past the Marin Headlands sign on the closed-to-cars coast road, until… offroad trails! 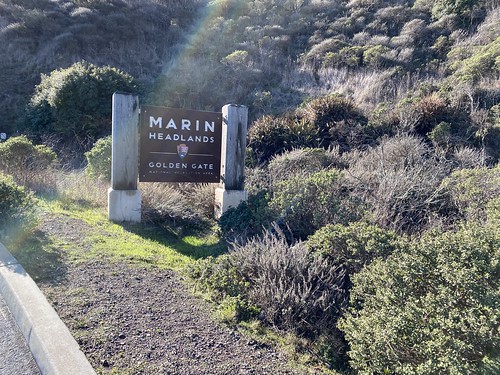 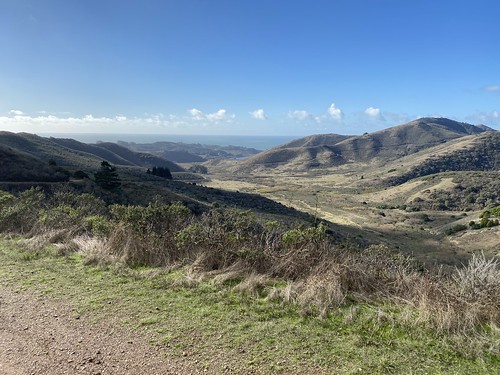 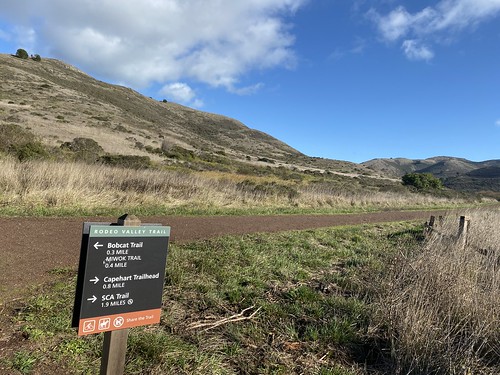 A lot of the trails are highway wide, sanitised by UK standards. Still rode a few of the classics that have graced the names of Marin Bikes for years. 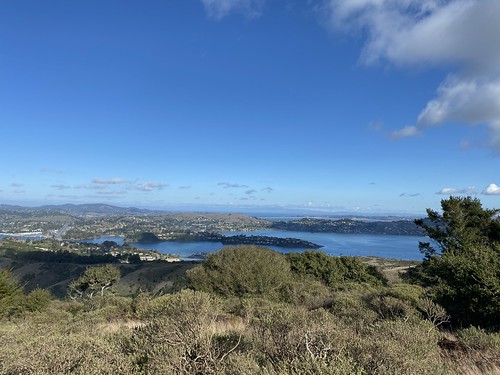 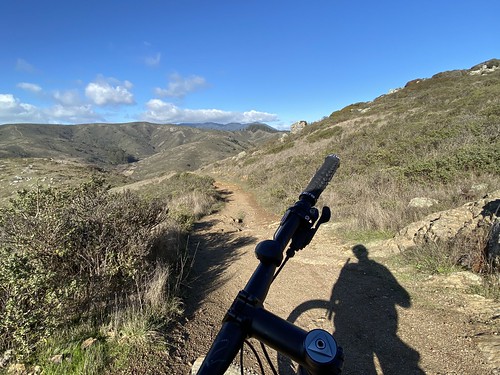 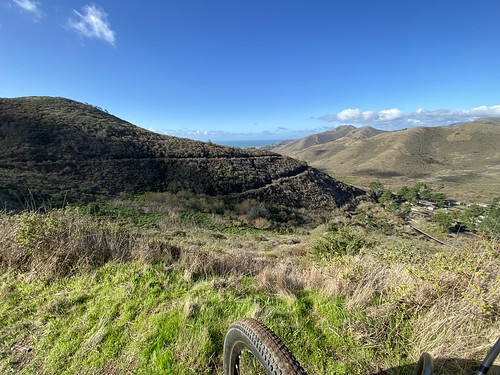 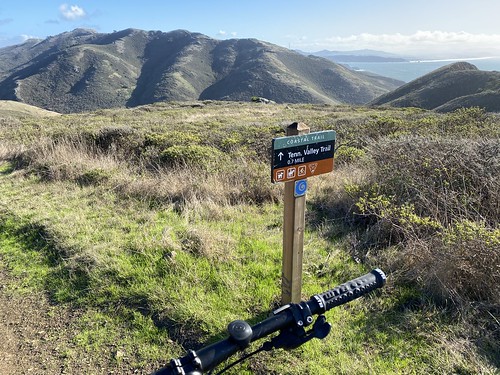 Didn’t see many people on the trails other than walkers, but there were a few out. Nice shorts and t-shirt day in mid-December just made it a nice ride to explore surroundings. 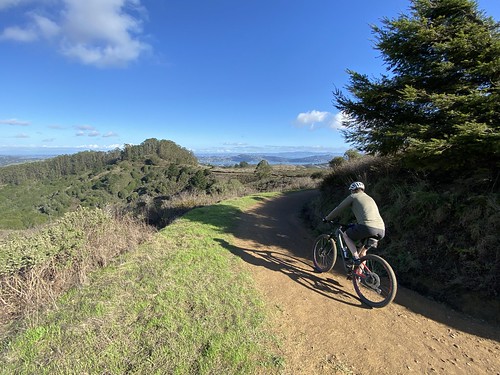 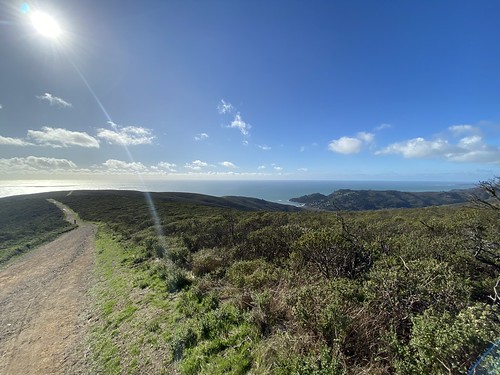 Came pretty close to the Muir Woods but was running out of time to get back in the day light. I’ll have to come back to ride those and head up Mount Tam. Stopped off at Mike’s Bikes on the way back through Sausalito. Had a good chat with the very friendly staff (one had recently been over to Scotland and had ridden Glentress) and dribbled over some Santa Cruz exotica before heading for Pizza. 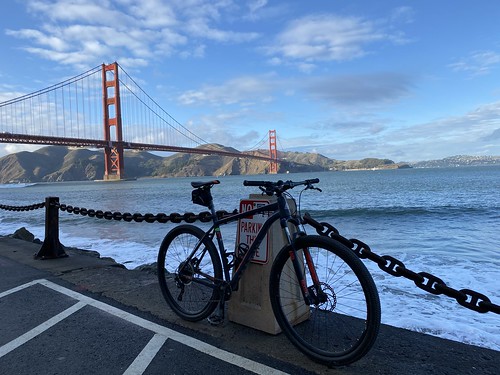 Back in the city in the fading light, I might have to look at a 29er hardtail. They feel fast and one could be a good exploring bike.