My mate Jamie Carr has a rather cool job. He runs Ride the Alps, a mountain bike adventure company based in the Alps specialising in point to point trips, most famously he is the founder on the Mountain Bike Haute Route between Chamonix and Zermatt that I rode back in 2006. I later wrote about the Eiger Sanction route which we also runs in the Swiss Alps for Singletrack Magazine. 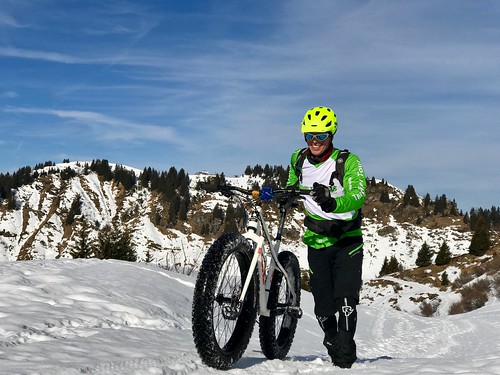 As the winter industry is evolving in the mountains of Europe, new things are appearing, such as Snow Kiting and Snow Biking. To my mind the latter is a great way for the ski resorts to keep people coming to the mountains particularly as the shoulder seasons get broader as the snow becomes more unpredictable. Jamie has been keen to extend his riding season for some time and now offers riders the opportunity to get out in the mountains on fat bikes. Despite my desire, moving house last year put that on hold in 2016, but I was determined to get on some fatties this year, so planning started in autumn to hook up with some mates on the slopes. 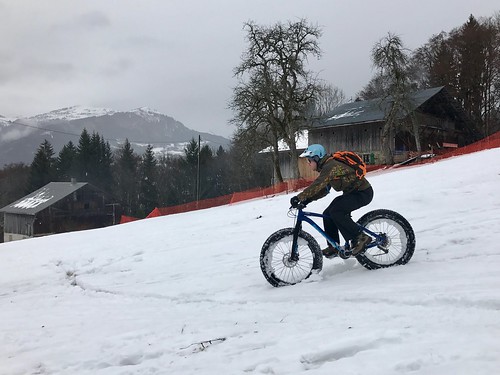 I called on my old mate Dave Hubert. He and I cut our teeth racing with in Guernsey in the early 1990s inspired by watching John Tomac, Missy Giove and others taking part in the Grundig World Cup. I also called in Chris Thorne of 414 Kiting who I have ridden in the Alps with many times, but who notably was my parter in crime for a first European point to point back in 2002 when we rode from Dover to Luzern. 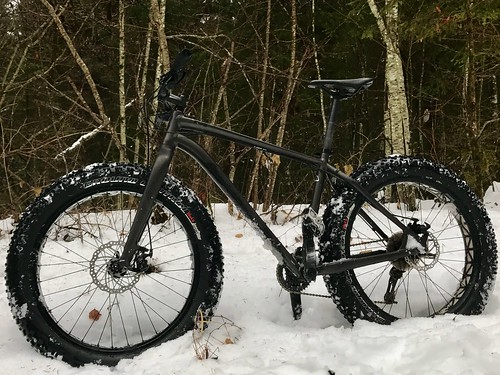 Jamie provided some great guided riding and we discovered that fat bikes don’t care is the snow is rubbish. Or there is no snow. Or it’s raining. Or icy. Or whatever. Turns out fatties just about roll over anything. They are awesome fun and as part of the road ascent up the Col du Joux Plane proved they do go up as well as down, but they are not easy climbing partners. Let’s be honest though any one who heads to the mountains is doing so for the prospect of lots of gravity assisted descending and Jamie has a network of friends all eager to assist in some van uplift driving. Drive to the top, ride your socks off on the way down and find the van waiting at the bottom of the next trip. We even took in some of the World Championship Endure course descent! 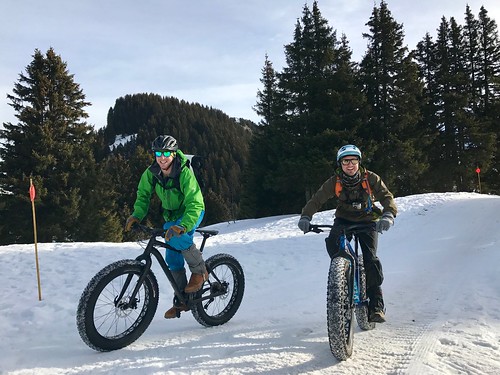 Riding was immensely varied from orientation riding in the valley right through to taking on disused ski pistes. If you every wonder what a black run is like on a fat bike the answer is flipping fast! Bum hovering over the rear tyre feathering the brakes and trying not to make any sudden movements, but hilarious fun. The next day the conditions could change, which affected the riding significantly. T massive tyres on the bikes are quite susceptible to changes in snow conditions influencing how much the bikes sank in. We had all sorts from bullet hard riding on top to so soft you were cutting through to the base and sliding on mud. As the heaviest rider in the group by 20kg over the lightest the sinking effect was perhaps a bit more noticeable for me! 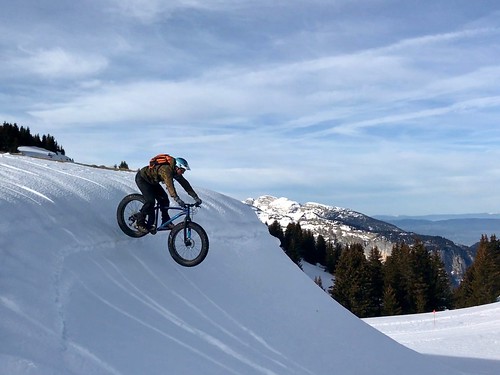 The comedy value of the bikes is perhaps best experienced by having a play in some deep snow and drop ins. Turns out fat bikes can fly, staying on and riding out the landing is another matter. It also turns out that snow or not, an over the bar incident when you’ve hit a hidden rut under the snow and stopped instantly is equally painful when 30lbs of snow bike lands on your crashed body. Highlights for me were riding trails I’ve ridden in the height of summer when they are covered in snow. Just brilliant, two wheel slides into berms and sliding the rear end round switchbacks almost speedway style. 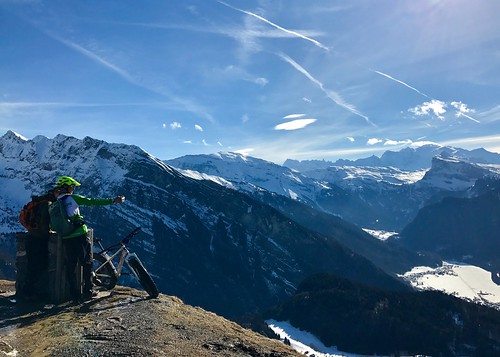 I can’t recommend giving fat biking on snow a go enough. Try it! 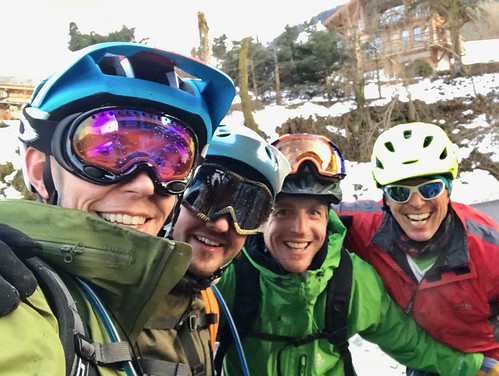