So after hammering it around over the summer, I decided that it was time to invest some love in the Titanium Deluxe. This bike still ticks boxes, but the game has moved on and it was due some upgrades.

Back in the day the Magura Marta SL Gold editions were an awesome set of brakes, but Hope have in my view set the modern standard with their new race-spec brakes. So it was time to get some of those on with appropriate Ti fasteners.

The Fox floats had started leaking out of the compression adjuster at the bottom of the leg. They need a service and will find a new home on the Rockhopper, but I wanted the security of the QR15 setup that makes so much sense so upgraded to some new forks, had the tapered steerer replaced with a straight 1 1/8th and bought the bits to convert the Chris King hub.

Took a while to get all the bits ordered and the work complete, but it’s all done now ready to ride! 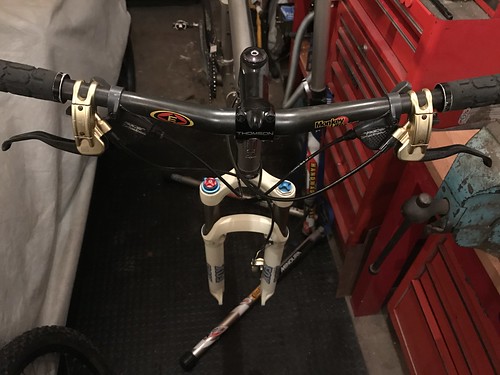 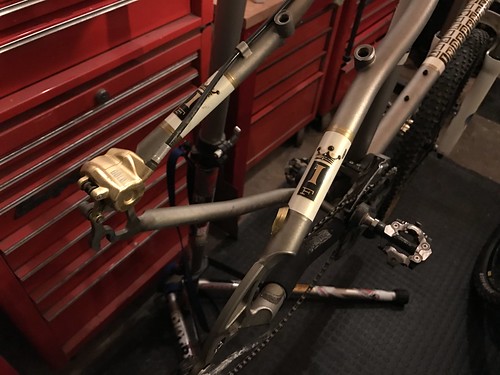 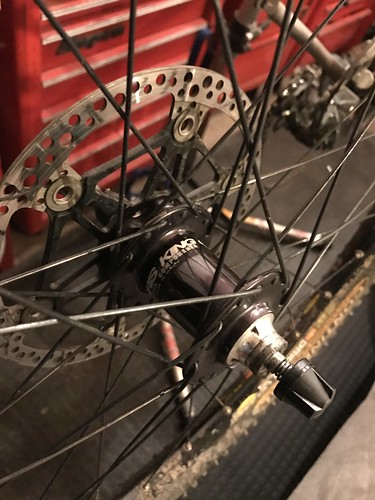 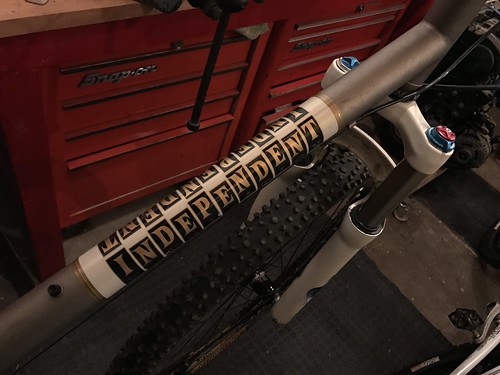 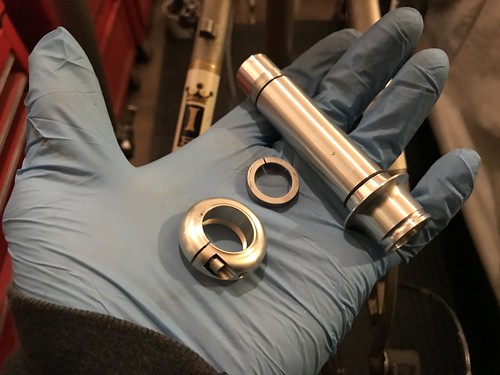 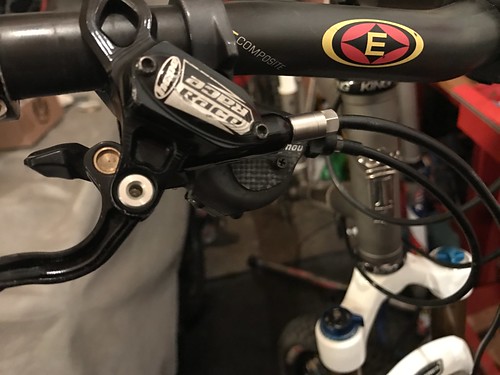 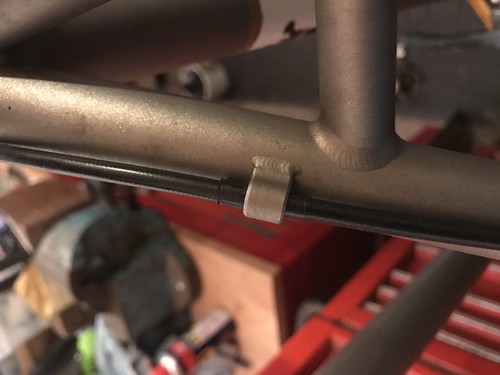 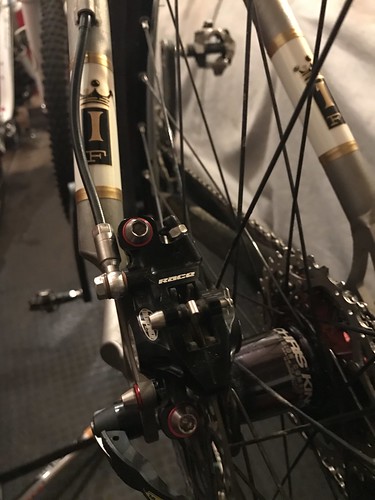