Started riding again, commuting to work initially with plans to do some variations over the summer to take in some of the County Durham trails. The Ti Deluxe is being ridden again for the first time in years. Week one was interesting as both brakes needed bleeding and until the kit arrived to do it, I was on rapid brake pumping to get any speed reduction.

The trails in the photo below are less than a minute from my office. The local riding is superb as are the views: 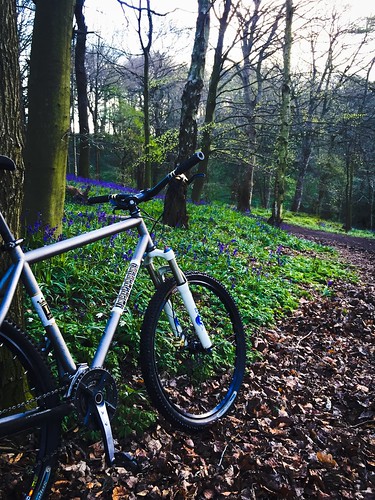 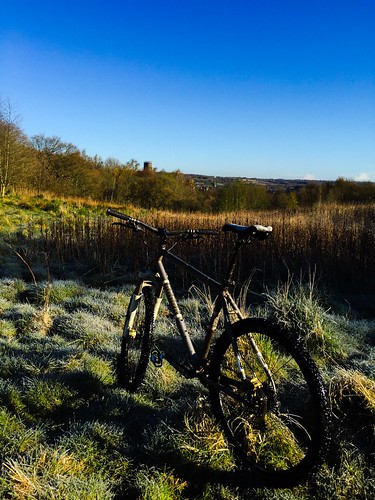 Decided it was time for some new kit. Since moving back to SPDs from Crank Bros I have been a set down, so the XTR trail pedals will be going back on the Singlespeed and I’ll keep the Ti Deluxe more XCey. My Specialised BG Pro shoes have a few holes in now and little rubber sole left. New Specialized use the crappy nylon lacing system I hate and since I have been impressed with my Mavic road shoes, the new disco slippers are French too. 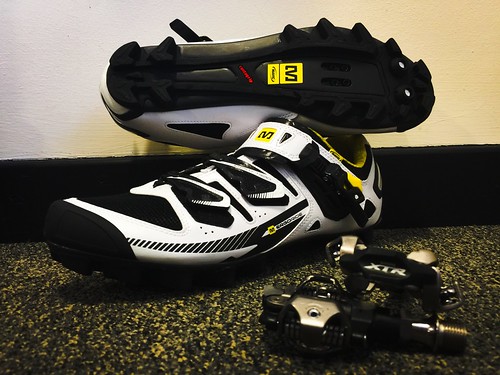 I have been thinking of some new shades for a while and seeing as the lenses of my Pro M Frames are now pretty wrecked, I thought I’d go back to Racing Jackets for a bit. The next generation are new to me. The Prizm lens are pretty good in the woods. 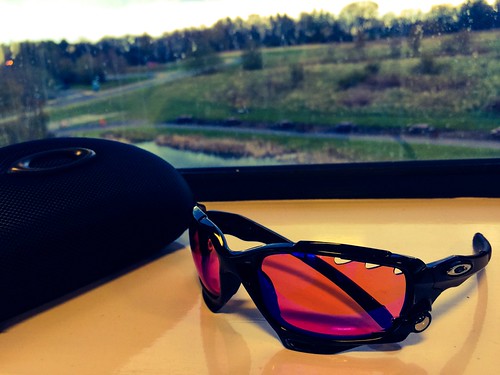