It’s four and a half years since I last rode Penmachno in North Wales. Then I was fitter and riding more regularly than now. I some how managed both loops on the Singlespeed. Today I returned with the Trek Remedy and vague memories of the trails. Still ended up getting simultaneous cramp in both quads again! 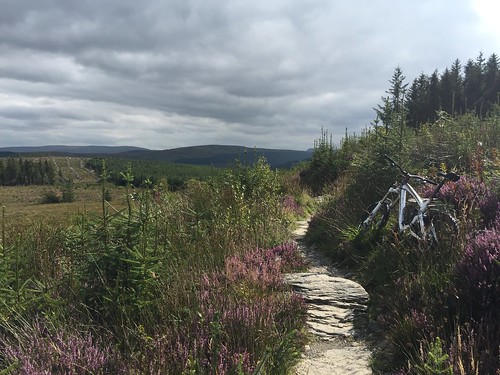 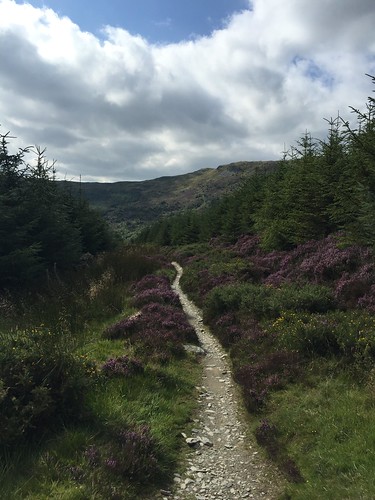 Rode the whole trail without seeing a soul taking in the beautiful scenery. Sunshine and dusty trails gave way to some very waterlogged and wet sections, which made me think as I cruised round in my IMBA shirt that some trail maintenance is probably now needed. My arms now bear the marks of the over grown undergrowth lining the trails with brambles having grown a lot this summer.

My view having ridden this a few times now is that although there are some good bits this is a very rough trail and not that much fun. The rationale for this rather critical view is that there are big chunks of trail where you’re contouring slightly up or down and that this is just a bit dull. The slight downhill sections are so rough that they don’t flow and that you don’t really roll very well.

I was really tired by the end and had a very near miss clipping the bars on the penultimate singletrack section rounding a hairpin and grazing into the hillside bank. This led to me getting very out of shape whilst riding one handed at high speed. I’m going to put that down to honed natural instincts and baseline skill… still a bit of a moment because the consequences would have involved an inappropriate descent of a steeply sloping wooded hillside…