Had the boys out on their own bikes this morning for the first time this year. It was a bright clear day and cooler than in past weeks. I wanted to try and taking the stabilisers off the big bike but that didn’t happen. Given progress on the balance bike we’ll probably need another bike with pedals in the summer. There’s nothing plenty of time to get the eldest independent on the bike, but I was inspired seeing a three year old competing last weekend at the CX race. 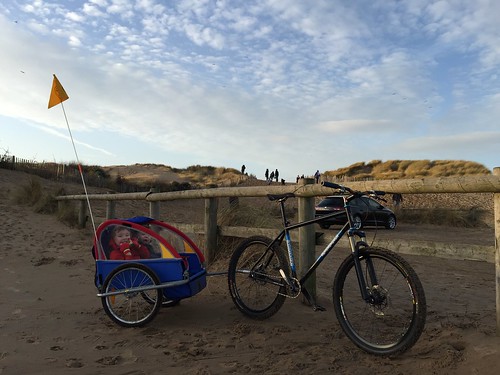 This afternoon took the lads out exploring. Found some boggy bridleways that were not suitable for towing on so I’ll avoid them, but in the end did find a good route with off road options most of the way to the red squirrel sanctuary in the pine woods which was a result for me (plus found loads more to explore) and the boys had a January ice cream.